This is the text of the crowdfunding campaign I am organizing with five other extraordinary women: Alice, Ana Paula, Anna, Luciana and Miriam. 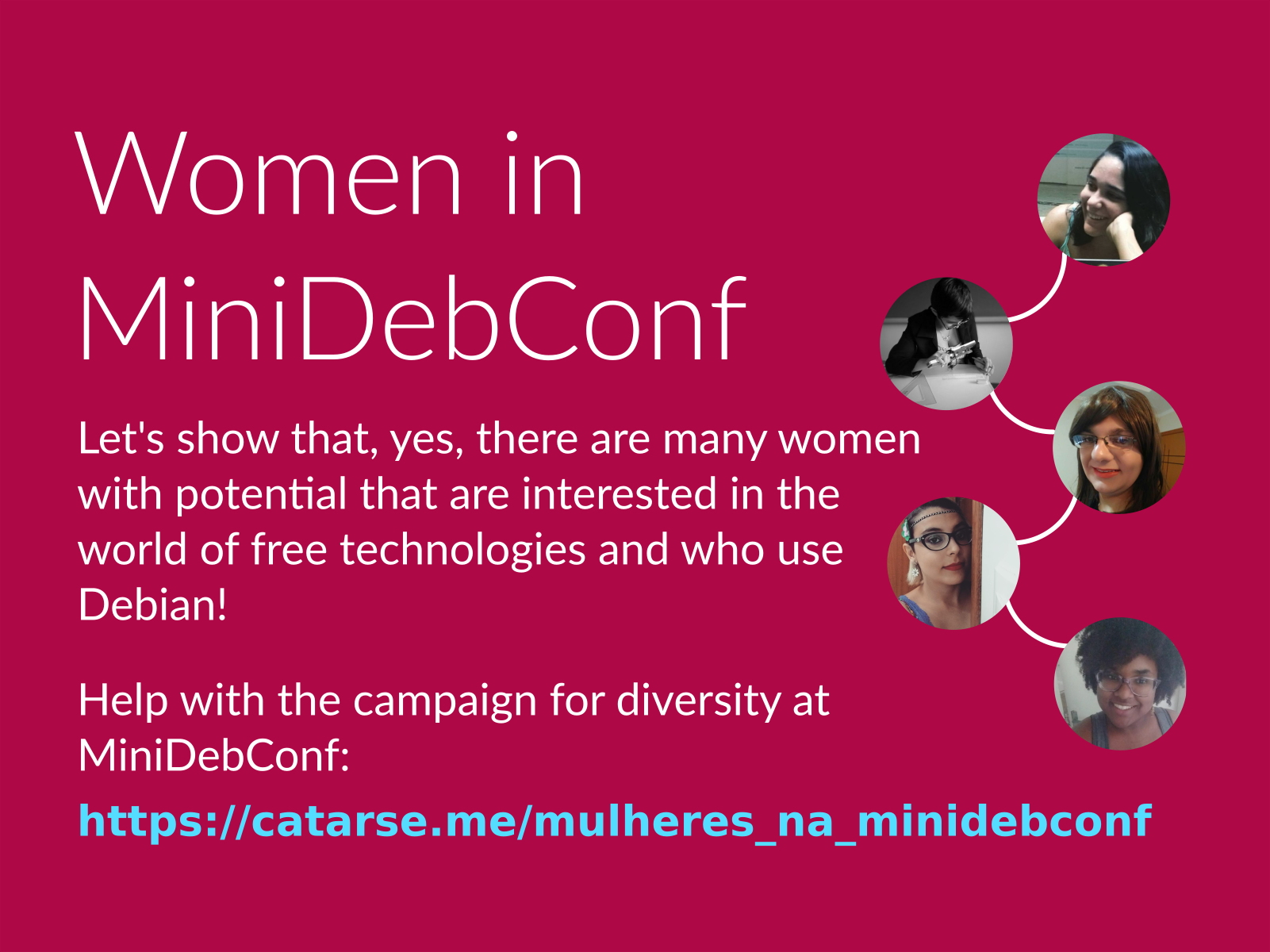 Here is what Anna has to say about Debian: "Debian is one of the strongest GNU/Linux distributions with the free software philosophy, and that's why it's so impressive. Anyone who comes in contact with Debian necessarily learns more about free software and the FLOSS culture."

The Debian project provides travel grants for participation in conferences - for people who are considered project members.

And how many of these are women? Very few.

Women interested in attending MiniDebConf Curitiba are many, but most of them do not have the means to travel to Curitiba, specially in a big country like Brazil.

It is a fact that women do not have the same opportunities in the IT world as men, but we can change that history. For this, we need your help.

Let's show that, yes, there are many women with potential interested in the world of free technologies and who use Debian. At MiniDebConf, women who could already be contributing to the community will have an opportunity to interact with it, taking part in tutorials, workshops and talks. It is in everyone's best interest that the community get itself ready to include them.

So, our way of helping to increase diversity in MiniDebConf - and perhaps among the people who contribute to Debian as well - is by giving these women the conditions they need to participate in the conference.

The Debian Women community is well developed in other countries, but in Brazil there were still no registered groups.

At last year's MiniDebConf, there was not one single woman speaker.

But it does not have to be this way.

To be able to increase diversity and to change the current situation of exclusion that we currently have in the Brazilian community, we must act on many fronts. We are already working to foster the local community and to engage other women in the use and development of Debian.

That is why we want to also bring in women who are already Debian users, so they can share their experiences, so they can act as mentors to the newbies and so we can integrate all of them into the Debian development community.

With your collaboration, this will be another goal achieved - and the Debian and free software communities will become a bit more representative of our own society. 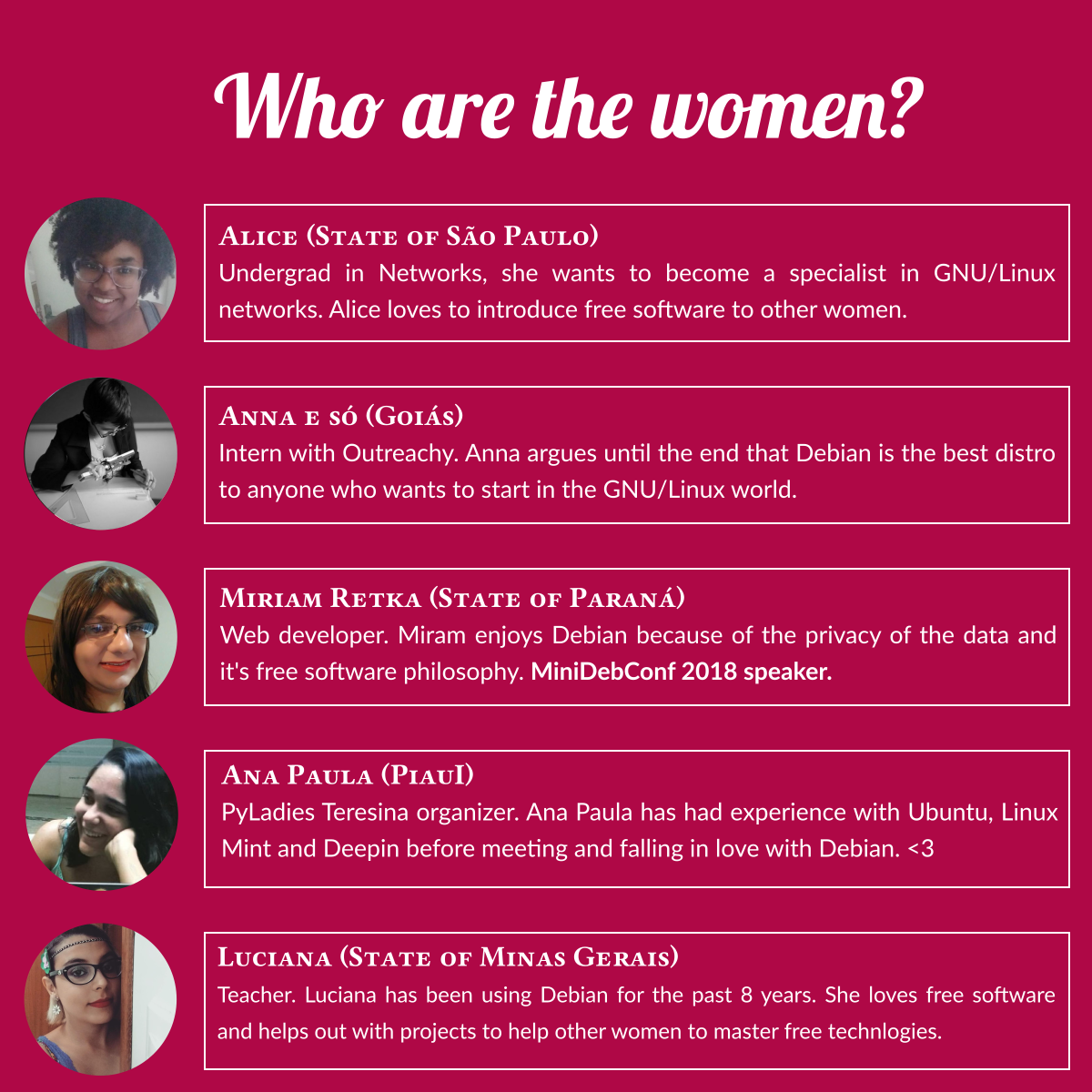 Link to the campaign: https://www.catarse.me/mulheres_na_minidebconf